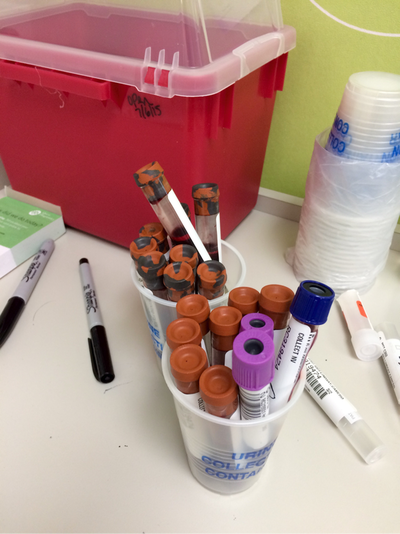 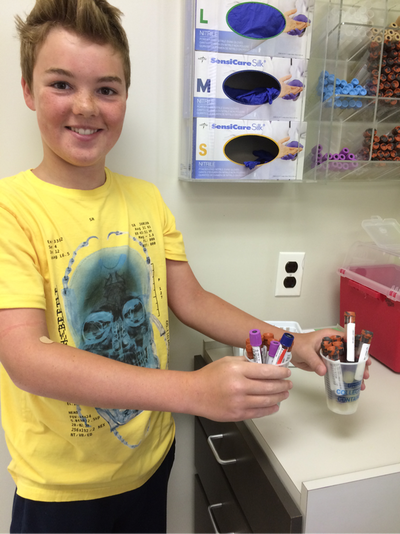 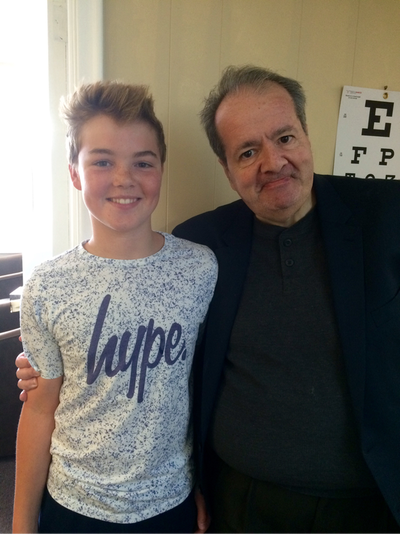 Thanks to the generosity of our community, were we able to visit one of the most knowledgeable neurologist’s on PANDAS in the world in the USA this summer, Dr Rosario Trifiletti. This enabled Cameron to have a vast array of tests not available to us here in the UK, he had 21 tubes of blood taken from him at a cost $8000. Some of the blood was shipped to Oklahoma and Copenhagen to have a crucial PANDAS test called the Cunningham Panel done. This test shows the levels of key markers in Cameron's brain. The results of these tests gave us the complete picture around the PANDAS, and on that basis our American neurologist was then able to draw up a plan of action for Cameron's treatment. They also showed that the strep levels were still raging in his bloodstream, at over 1400. Normal levels are around 50-100. When the strep is raging round his system unchecked like that it means he's in a flare and very symptomatic, as there is a fresh batch of antibodies attacking his brain.

Our American neurologist liaises with a doctor in Dublin to coordinate our treatment. Cameron is due to have surgery in December 2015 on his throat and when the pathology comes back from that it should indicate which drugs he needs to be on for the next few years. We will then have to buy these in from USA or Europe as they are not prescribed for PANDAS here despite being available.

The tests in America also showed that his immune system is not just badly compromised but that it does not actually make 2 key antibodies needed to fight infection. Dr T (as we affectionately call him) has recommended at least 1 year of plasmapheresis (possibly more) approx every 2-3 months followed by IVIG therapy (Immunoglobulin infusion) to replenish these missing antibodies.

The USA trip, medical expenses, test, drugs etc have been paid for by the fund. Our doctor in Dublin and the regular testing we have done at the private Beacon Hospital in Dublin along with those in Copenhagen are also all paid for from the fund. So you can see how important it is for us to keep fundraising.

We will never be able to say thank you enough to all those who have made contributed to trying to make our journey through this nightmare a little easier, we still have a long way to go but we are trying to keep faith that eventually we will get there.

We are in the process of setting up an official charity ‘The PANDAS Foundation N.I.’ so there is a support network for families coming behind us, because we had nothing. We have started lobbying politicians including the health minister & committee in order to start making them aware of the deficiencies in recognising, diagnosing and treating this condition.

Cameron's legacy, we hope, will be to change, improve and make this journey to hell and back better for those coming behind him.

With sincere thanks
The Lindsay Family

SUMMER 2016 update
Unfortunately we have not been able to any further with treatment at the minute. The NHS won't approve any more plasmapheresis for Cameron and to obtain it in the USA would cost $25,000 per round (Cameron could need continued rounds!!). He remains out of school as the brain damage the earthquake left had a huge impact on the necessary areas required for school. Our funds have run done so we are trying to kickstart our campaign again. Anyone who wishes to help us fundraiser or has an event thud like to run to aid our campaign please contact me, I can provide t-shirts, flyers, collection tins & buckets and information display boards. 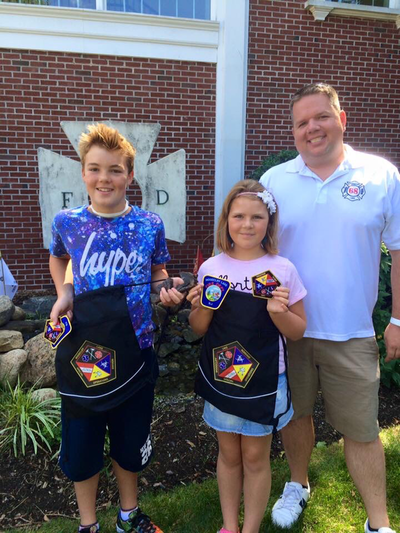 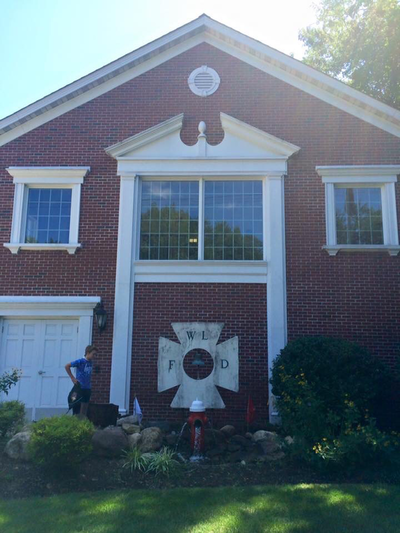 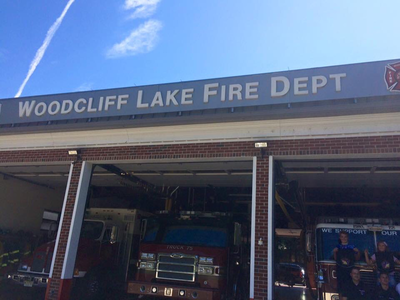 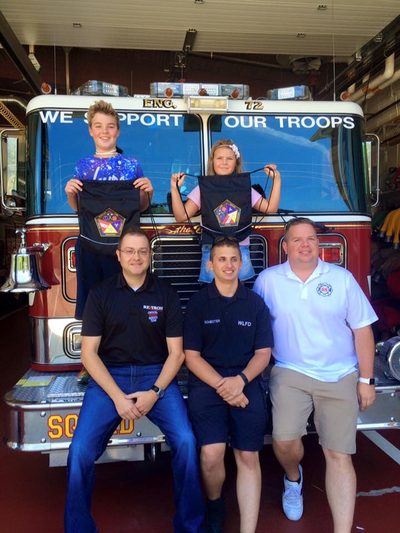 we had the pleasure of accepting an invitation to the Woodcliff Fure Ststion. We got a ride in the fire trucks (lights & sirens blaring!), a tour of the station and a visit to the 911 memorial garden & fountain. 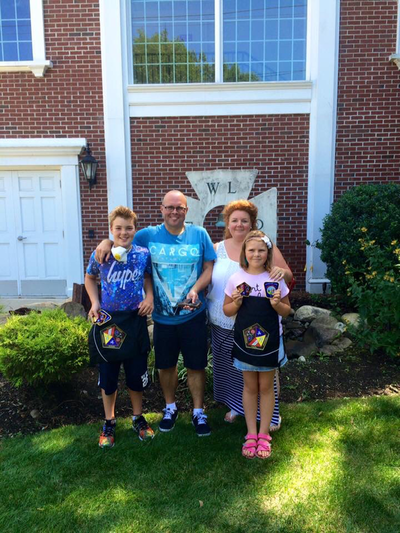 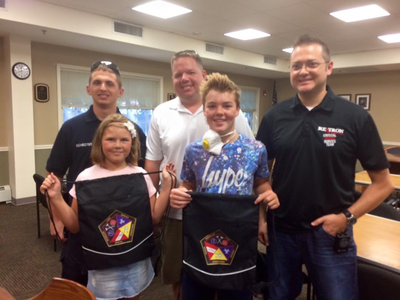 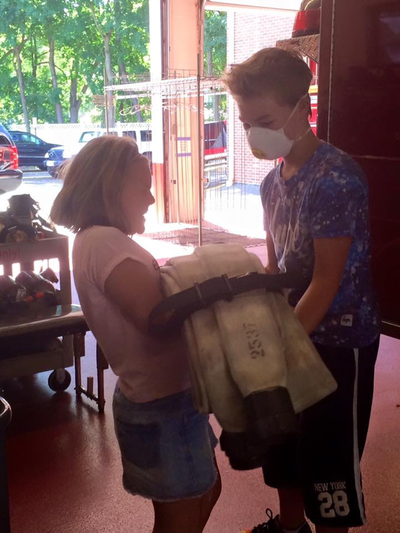 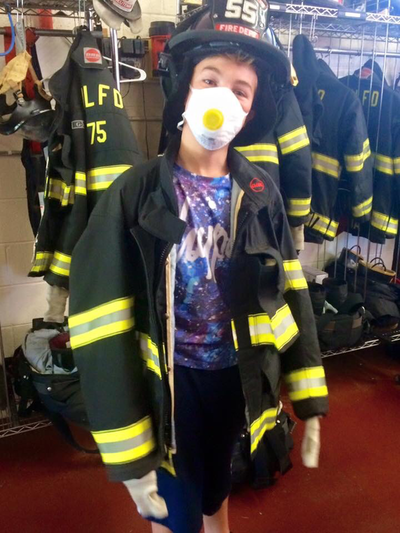 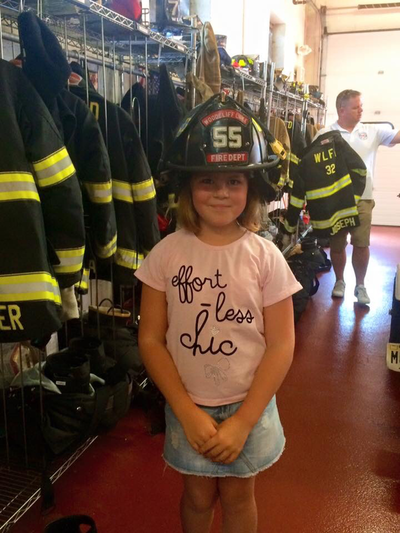 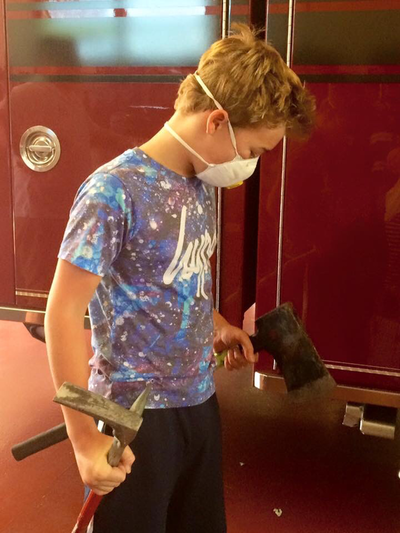 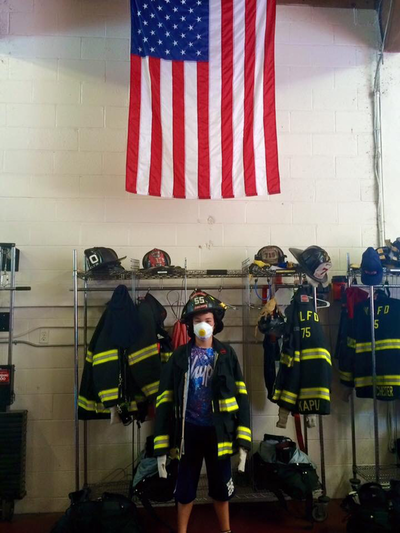 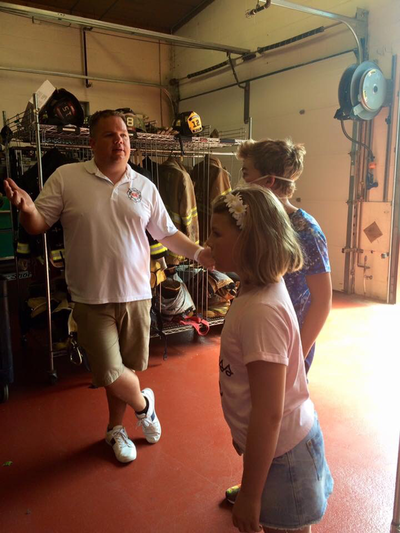 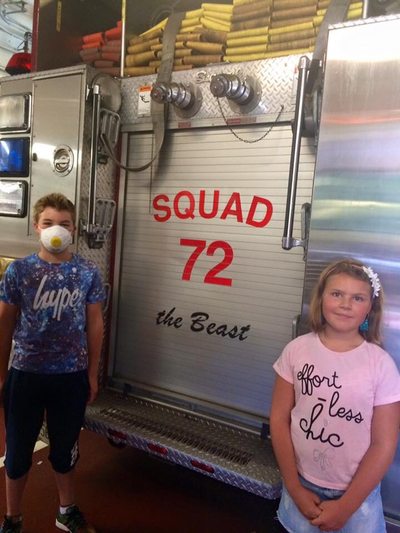