A further update on Cameron's progress following the channel 5 series
We are very grateful to Tigress Productions and channel 5 for highlighting PANDAS. Overall we were very happy with the programme, however they really only touched on what life is like living with PANDAS, forge family and the child. This condition has been so severe on Cameron's brain it has left him with an acquired brain injury. Where the programme left off (August 2015) was certainly not the end of our journey, that is still what could be several years or more down the road. However, will NEVER stop fighting for my son or for PANDAS families, hence the formation of the first official UK charity for the condition 'PANDAS Foundation N.I.' which we are hoping to launch later this year or early 2017.

My sincere apologies for the lack of activity and updates on the website but I myself have been very ill the last few months and ended up in hospital myself for emergency surgery! I am recovering well and just getting back to my admin duties :-)
Please read down the page to find out how Cameron has been doing and how our journey has been progressing. 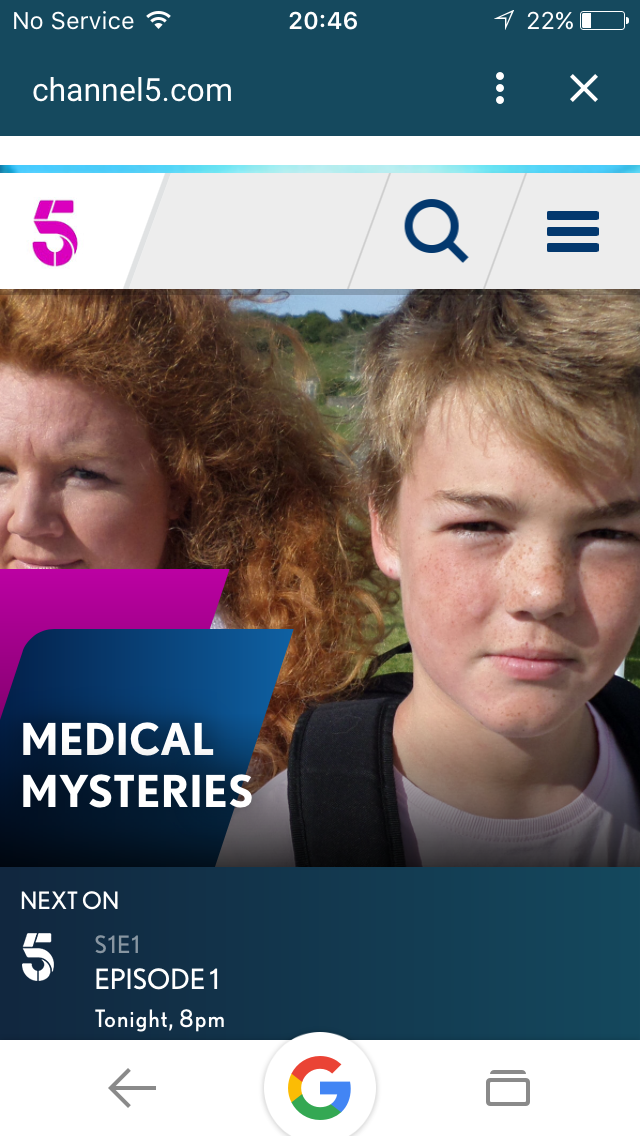 Cameron had his tonsils removed in December as had been recommended by Dr T, he had provided us with a supply of drugs to help manage Cameron through this process as he was at major risk of a bad regression flare due to strep being released into the blood stream during the removal. Just before he went into hospital he had been managing about 6 hours a week at school and had been really enjoying it. 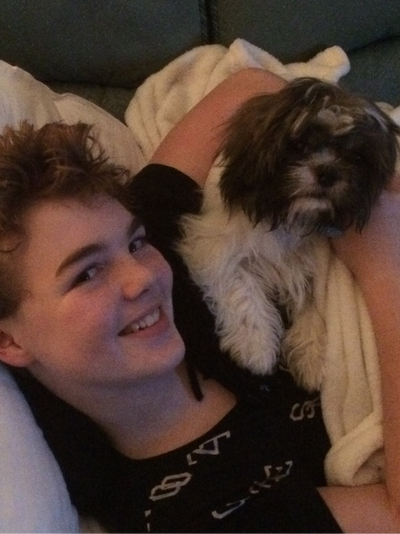 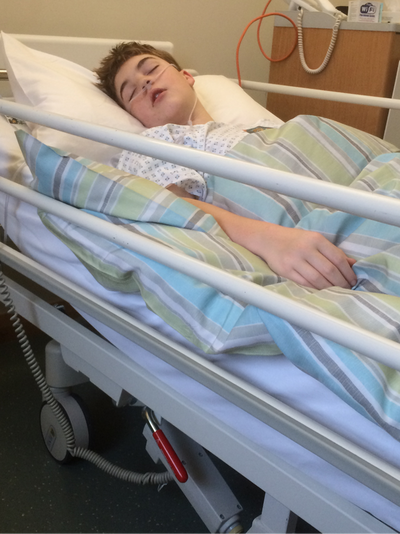 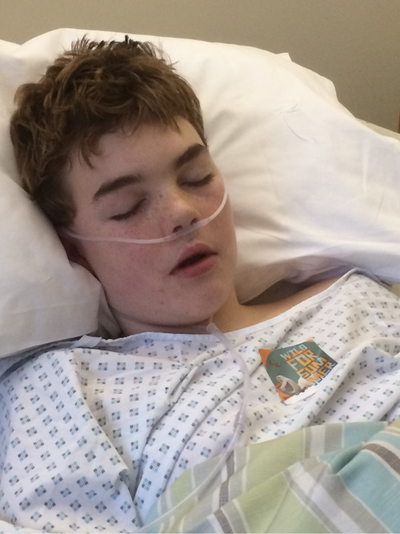 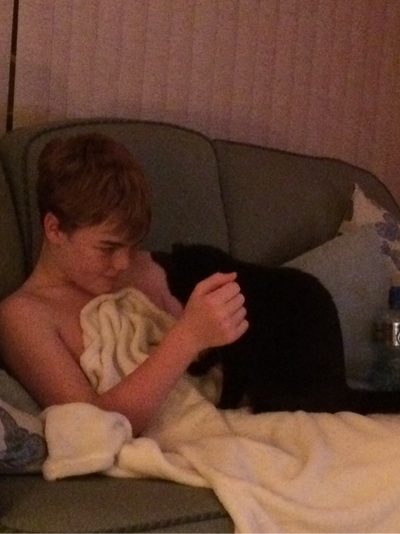 Cameron had a reasonably settled period after Christmas, he returned to his 6 hours/week at school and things went well with that for a while. He has a full time helper with him for those 6 hours in school because his acquired brain injury has wiped out key areas of his brain that are required for academic function. However everyday life was still peppered with crises and difficulties for Cameron. The limitations of his brain injury causes Cameron just as much distress as dealing with PANDAS.
Unfortunately as February arrived things started to deteriorate. Cameron had come into contact with strep again somewhere, somehow, and his ASO levels started to rise again, they were at 600 and counting in mid Feb. This indicates that the antibodies are on the attack again in his brain.
Cameron normal fights having more treatment because all he can see is more pain, more needles, more sickness, more general anaesthetics, and more recovery time. However he told my mum last week that he thinks he ready does need more treatment because he does not feel right, his brain feels on fire again.
He became very symptomatic as the weeks have progressed -
- His motor tics are back with a vengeance.
- his head pain is causing him a lot of distress
- his limb/joint pain is requiring 4 hourly drug management again
He can't travel in a car for longer than 20 minutes without having excruciating pain in his back and head.
- co-ordination tasks are becoming difficult, for example he gets very distressed trying to use a knife & fork. This along with his restrictive eating makes mealtimes very difficult, full of minefields and very distressful! He tries daily to stack the dishwasher dear love him but it's another task his brain simply can't handle.
- Cameron cannot handle continued questions or decision making as this is one of the areas that has been effected by the brain injury. However when he's in a flare and his anxiety levels are raised both these areas create powder kegs and trigger him into a seriously distressed state where he'll be screaming, crying and trying to hurt himself because he can't cope with the situation
- he has starred to reach foe knife drawer again wanting to stab himself or whoever he feels is responsible for his distress at that time. He has started trying tself harming again, expressing suicudal ideations.
- school is not going as well, he had been trying a little homework but we've had to withdraw this again as it was causing too much distress and anxiety because he couldn't do it. His brain processing, memory, verbal retrieval & sequencing have all been massively damaged by the brain injury. These are all key areas required to learn and function in the classroom environment. Brain function tests show Cameron is still very intelligent but accessing and using that, the 'administrative' fuctions required for daily life are what has been damaged.

ALL these symptoms NEVER disappear but they do lessen when he's more stable. Cameron lives with all these and more every day.